Here are some great tips for your next long flight from IndependentTraveler.com 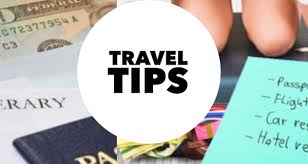 1. Upgrade.
When traveling long-haul, you have no better friend on the planet than your frequent flier miles. On a Tokyo – Newark flight I was disappointed to see come to an end, I enlisted the help of my travel agent to find flights on which I could burn up all of my Continental miles to upgrade my entire trip. It meant catching puddle jumpers to my final destination in Japan (Gifu), but a couple of short extra flights were a small price to pay for 27 hours of first-class legroom, fully reclining chairs, edible meals, entertainment and breathing space.
If you stop reading at this point in the article, you almost need to know nothing more than this — by hook or crook, try to get an upgrade. (Even Dr. Timothy Hosea, from whom you will hear below, offered this as his first and most important suggestion.)

2. Escape.
You will want to have a rock-solid plan for frittering away several hours of your flight, and I don’t mean working; staring at spreadsheets and writing proposals may burn up hours, but it does not make them vanish. You want these hours to disappear almost without a trace. Think headphones and Hollywood blockbusters. Getting a lot of work done is fine — rarely do you have 15 consecutive hours without a phone or email, so I encourage bringing some work — but work will fail you when you get to the brutal middle hours of this ordeal. Headphones and Hollywood; don’t stray from this.

Spring for the airline’s headphones, pay for and watch every movie, swipe your card for the DIRECTV, bring your iPad crammed with your favorite flicks — whatever it takes.

3. Don’t carry on too much stuff.
While checked baggage fees are inspiring travelers to carry on more and more stuff, on a long-haul flight this could burn you; anything that is under the seat in front of you just means less legroom and a more cramped living space for 15 or 16 hours. Don’t bring so much on that you compete for your own sleeping space.

4. Bring your go-to gear.
When it comes to surviving flights, I am not a gear guy. I can’t be bothered to lug around neck pillows, eye masks, earplugs, noise-canceling headphones, etc. — except on a long-haul flight. As I note above, your total carry-on haul should be limited, but you may want to consider some of these relatively small survival tools. Your body and brain will thank you for every small comfort you can provide, and the inconvenience of packing and carrying these around is dwarfed by the misery of 15 hours in flight with crying children, pilot announcements, engine noise and a major crick in your neck. Gear up.

5. Board relatively rested.
Don’t count on a long-haul flight as a good place to catch up on sleep — it’s not. As attractive and intuitive as it seems to get on a long-haul flight extremely tired, hoping to sleep the whole way, you are in for a world of hurt if you can’t sleep for any reason. You will be on the plane long enough to catch a few winks even if you are somewhat rested, and my advice is to take it when it comes; if your eyes start to droop, get out the eye covers and earplugs, and go with it. If you throw away a solid two-hour nap on a few extra rounds of Angry Birds, you might well be angry at yourself later.

6. Secure your stuff.
A long-haul flight gives unscrupulous travelers all the more time to size up the location of your wallet, wait until you fall asleep and make a move on your luggage. Secure your valuables deep inside your bags where it would take a TSA X-ray machine to find them. Consider keeping items like your passport, credit cards and cash in a money belt under your clothes.

7. Consider a sleep aid.
If you are planning to use sleep aids (including “natural” methods such as melatonin, or drugs such as Ambien), try them before you fly with them. A few years ago a friend gave me an Ambien pill for a red-eye flight from Honolulu to New York City, and the drug acted more like a stimulant than a sleep aid. I was awake the entire flight and felt wretched to boot. These drugs can vary greatly in how they affect individuals, so you will want to try them at home before you rely on them on the plane.

Dr. Timothy Hosea, team physician and Chair of the Sports Medicine and Research Committee for the United States national rowing teams, sometimes prescribes sleep aids for his athletes, but notes, “If you feel you need a sleep aid but haven’t used those drugs before, you should probably try taking Tylenol PM or Benadryl. A prescription is fine with your doctor’s approval, but don’t experiment on a long flight; [the plane won’t] stop for you!”
Dr. Hosea also says that, as the team doctor, he does not take any medication while flying with the squad in case someone needs care. “I bring a book, watch the movies and try to let the flight pass,” he says. His approach is appropriate for other travelers who need to have their wits about them, such as folks flying with children, for example. If someone could potentially need you to be 100 percent during the flight, you should forgo any sleep medication.

8. Use SeatGuru.
On the flight back from Sydney mentioned above, I called ahead to get my seat reassigned to an exit row — big mistake. Unbeknownst to me, the exit row seat I chose was a window seat at one of the big, thick exit doors, which encroached on my leg area such that I had to sit sideways in the seat for the entire flight. It was also more like an “exit aisle,” located right at a restroom, so there was endless and noisy foot traffic the entire flight. I was lucky that the rest of the row was empty, but it wasn’t much help; the armrests did not go up, so I couldn’t lie across the three seats in the aisle.

Needless to say, mine would have been a “yellow” or even “red” seat on the SeatGuru seating chart if it had existed in 2000 (the site was launched the following year). Eventually I went around the aircraft collecting all the unused pillows and blankets I could find, piled them up in each of the three seats, and created a workable (but in truth not very comfortable) platform across all three seats — and got a very few winks of sleep during the flight. I guess it was fairly comical, as friends all took pictures of me during the flight for their amusement. Glad you had a fun flight, guys.

Before you choose, also think hard about your usual preference of exit vs. aisle seat; it may be different on a long-haul flight than on a shorter flight. If you usually choose an aisle seat, consider whether you want your long, Ambien-enhanced sleep to be interrupted by an aisle mate; similarly, if you usually choose a window, you could get trapped in there by a snoring person in a prescription drug-induced stupor.

9. Ask about seats at the gate.
Failing the ability to choose great seats before your flight, try again at the gate. If the flight is not full, the gate agent may be able to see an empty row, or put you and a traveling partner in a “window and aisle” configuration that reduces the likelihood of having someone sit in the middle seat, thereby getting you a seat and a half, at least.

10. Take care of your health.
Hydration: If you think hydration is a concern on a cross-country flight, try tripling or quadrupling your time in the air; you might as well spend 15 hours lying on the desert floor. Which is a good comparison, and you should stock up and behave accordingly. Imagine you are going to walk from Flagstaff to Winona, Arizona. How much water would you bring? Expect to drink about that much on a 16-hour flight.

Dr. Hosea recommends drinking “electrolyte solutions, Gatorade being the best known, instead of solely water.” Hosea says that maintaining electrolyte balance is important, and that you don’t want to become completely diluted with water, particularly for older folks or people with other medical problems. “The combination of dehydration and stasis is really the issue with blood clots,” he explains.

Deep vein thrombosis: DVT, the formation of blood clots in deep veins, is a known (if occasionally overstated) risk on longer flights. According to the National Institutes of Health, the risk of developing DVT increases when flights go longer than four hours. The NIH’s tips include walking up and down the aisles of the plane; moving, flexing and stretching your legs to encourage blood flow, especially in your calves; wearing loose and comfortable clothing; drinking plenty of fluids; and avoiding alcohol. Also, if you’re at increased risk for DVT, your doctor may recommend wearing compression stockings while traveling or taking a blood-thinning medicine before you fly.
Dr. Hosea notes that the combination of being immobile along with the effects of dehydration increases the risk of DVT on long flights. He strongly recommends the following to the teams during long trips:
– Hydrate well the night before the flight, preferably with electrolyte drinks.
– Don’t drink alcohol the night before the flight.
– Avoid diuretics such as coffee, soft drinks and even chocolate (all of which contain caffeine).
– If you have no issue with ulcers, take a baby aspirin the night before and day of your flight.
– Get an aisle seat or exit row so you can get up and walk around whenever possible.