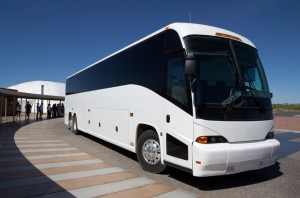 Simon De Beauvoir once said, “There is something in the New York air that makes sleep useless.”

Indeed, New York City is a movable feast in its own right. Whether you are a transplant, born and raised in Big Apple, or the occasional visitor that is looking to tour the city, New York city can be a proverbial playground of sorts. With so many things to do and places to go, it can be difficult to tour NYC in a way that serves it justice.

A great way to tour NYC in one fell swoop is by taking a bus tour. Bus tours are a common means getting from place to place on vacation. Currently, there are 16,000 vans and shuttles used for transportation, and approximately 630 million passenger trips are made across the United States and Canada each year. This method of transport is also sustainable, as it emits the least carbon dioxide per passenger as compared to other vehicles, and its energy efficiency is six times greater. NYC bus tours allow you to get from location to location without having to worry about the hassle of directions, subways, and deciding where to go next. These NYC bus tours are excellent for special events, such as birthdays or family vacations.

The next time you tour NYC by bus, be sure to check out these three attractions: